Barack Obama made history in a lot of ways. As the first African-American president of the U.S. and a public figure recognized for his charisma, intelligence, and ability to work under pressure, there are many things to be learned from him.

Here are 7 takeaways from Barack Obama.

Treat everyone with the same respect

Obama became known for his respectful and polite manner. Even when he was attacked by his opponents, he kept his cool, and he showed a lot of respect to everyone, regardless of station. This is essential, as we should give everybody the same level of respect.

There is no such thing as being superior or inferior because everybody is doing something important and has the same dignity as the rest. Shallow people might fawn over those they perceive to be in power, but their attitude means they have only a narrow view of the world and are perceived to be more judgmental.

In the end, it pays off to be respectful and kind, because you never know how another person can impact your life.

You can achieve it if you can dream it

Obama defied expectations in many ways. He had many things against him, but still, he accomplished his goal – to be President of the United States. This shows that hard work can take us beyond our circumstances, and even our wildest dreams have a chance of coming true.

The journey to the White House was not easy, but it involved taking it to step by step and being mindful of what Obama wanted. By working towards your dreams, you give yourself a real shot at accomplishing them.

Something that distinguished Obama was his cool demeanor and ability to take things easy. He did not take it personally or, if he did, he was careful not to show it and not to react from a place of anger. Even during a huge crisis, panicking won’t solve anything.

Instead, it might make everything worse. Try to stay cool and calm under pressure and not react from a place of emotion. Instead, you want to keep your head and make decisions that will lead to the best outcome.

There are things in life you can’t change. Where you were born, who your family members are, what is going on right now in the world might be beyond your control. But beyond the present, there is also the future, and keeping your eyes open for future opportunities is essential.

You might not be able to change your past, but you can, for sure, change your future. It cannot be done in a single stroke, however. Just like Obama, you need to work hard for your long-term goals and create a game plan that will bring you closer to the opportunities you want to have.

Obama is fond of reading and learning, and he has been recognized as a person with a lot of education and knowledge. Educating yourself and continuing to learn throughout your life will help you understand your problems better and find solutions.

It will also open more doors for you in the future. Investing in your own education is always worth it.

Find people who support you

Barack Obama has always talked about how much Michelle Obama has supported him and the importance of her work for his success. Finding those who can work for you and support you throughout your journey will be invaluable.

Surround yourself with people who are willing to believe in you and your dreams, not those who tell you it’s foolish or impossible. And, once you have your people, remember to show how grateful you are for them and recognize how they contributed to your achievements.

While all politicians have their fair share of haters, Obama had a lot of vitriolic ones attacking him. But he did not let them stop his success. When we do something, there will always be someone displeased with either the work or ourselves.

We should not pay attention to those who hate us and wish us the worst. The best way to deal with them is to become even more successful.

Do you get angry over little things? 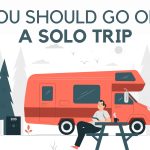 Why you should go on a solo trip